Take Back Your Yard!

How to Prevent Floodwater Mosquitoes in Indiana

Recent tropical storms such as those in Texas and Florida can produce millions of pesky mosquitos as well as spread disease in an already terrible situation. The recent hurricanes produced unprecedented flooding in widespread areas. Critical areas such as marshes, which are a perfect environment for breeding, become excellent breeding grounds for millions of mosquitos. In fact, if conditions are right, there can be up to 8 million mosquitos per acre!

During Hurricane Allen in 1980 there were so many mosquitos that dozens of cattle died due to blood loss. It was estimated that it would take almost 4 million bites over 12 hours to kill a full grown animal! Fortunately now the states are prepared for these infestations and take immediate measures to curb the assault of these flying syringes. The floodwater is treated with a larvacide that will kill the mosquitos in the larval stage. These products are environmentally safe and very effective. In addition the flooded areas will be fogged either with aerial application or ground based ULV foggers. The people in these areas have already suffered tremendous hardships and with the aid of large scale mosquito control they won’t have to worry about suffering through a large scale infestation.

In our area here in Indiana we shouldn’t suffer through such large scale devastation. However, during heavy rains we can have huge hatches of mosquitos which can be localized to very small areas where flooding has occurred. Treatment is the same for these small, localized events as for widespread flooding. Treat the water with larvacide and fog surrounding areas with adulticides keeping our neighbors mosquito free.

Here at IMB we are prepared to fight those dangerous and annoying mosquitoes off! Call us with any questions or if you have an infestation in your backyard or neighborhood. For more information about mosquito borne diseases, click here.

As always if you have a problem with, or even just a question about, mosquitos (or any other yard pests) feel free to call Damien Carboneau—“The Mosquito Guy” anytime at 574-527-8852. He’ll be happy to speak with you!

At Indiana Mosquito Busters we want to help you live MOSQUITO and TICK FREE.

What you can read next 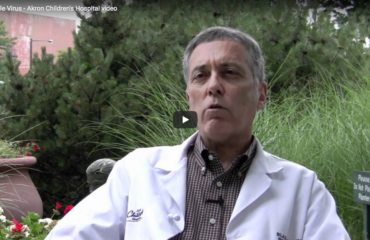 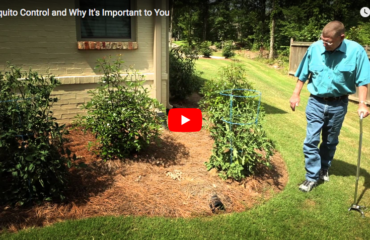 Why We Need Mosquito Control

Leave us a Review!

Indiana Mosquito Busters
5.0
Based on 11 reviews

Tobe Forshtay
11:28 23 Aug 17
There were so many mosquitos at our home that we were not able to be outdoors after about 5:00pm. I called mosquito busters to ask for a quote, got on the schedule, and within 3 days they sprayed our entire property, putting an end to the mosquito invasion. Since that time we have not seen a single mosquito. ... Reasonable rates & great service. Call them today!

A Allen
00:59 27 Jun 16
Excellent customer service and stellar results! Damien, Luke, & Nick were a pleasure to work with, and their product works as advertised. I was unable to enjoy the late evening in the backyard with my family before I called Indiana Mosquito Busters...now I'm hooked for life. Thanks for the excellent treatment Nick O!

Tim Robertson
12:38 10 Jun 16
Went from getting eaten alive outside to a bug free backyard. Also safe for use around pets which is a big plus for us.

marty p
17:28 08 Jun 16
I tried Mosquito Squad last year and it worked ok for my party however when I had a problem with mosquitoes in less than 3 weeks they would not call me back and when I finally talked to the manager he blew me off. so I have been working with Mosquito busters for a couple of months now and he is so thorough, he checks the drains, and he double sprays for Party's to make sure there are no mosquitoes. He goes that extra mile that is so lacking with the bigger company's. Marty Pavilonis (retired motorcycle dealer)

Jen Huzvar
23:07 21 Mar 16
We had so many mosquitos that we couldn't enjoy sitting on our deck. Thanks to Indiana Mosquito Busters we are back outside enjoying the warm weather again.

Mike Stewart
15:22 02 Feb 16
I highly recommend Indiana Mosquito Busters for a bite free backyard, they are the best!
Next Reviews