Take Back Your Yard!

If you enjoy being outside and live in a wooded area of northern Indiana ticks are likely to be a pest that you will encounter on a regular basis.  Ticks go through a 4 stage life cycle:  egg, six-legged larva, eight-legged nymph, and adult.  After hatching, ticks must eat blood at every stage of development to survive.  They feed on all types of animals including birds, reptiles, amphibians, and mammals (including you, your children, and your pets!).

Approximately 15 species of ticks are found in Indiana four of which are a concern to public health.

The American Dog Tick (Dermacentor variabilis) is the most common tick found on humans in Indiana, and these ticks are found in every Indiana county.  They feed on mice, livestock, wild animals, pets and humans.  Their preferred hosts are dogs and medium sized mammals.  The American dog tick transmits bacteria that cause Rocky Mountain spotted fever, tularemia and anaplasmosis.  Dogs may also get hepatozoonosis by ingesting the tick.

The Deer Tick or black legged tick (Ixodes scapularis) is mostly prevalent in the northwest section of Indiana.  Deer ticks feed on a wide range of animals, and they can be found on birds, reptiles, many species of mammals and humans.  The deer tick can transmit Lyme disease, anaplasmosis and babesiosis.

The Brown Dog Tick (Rhipicephalus sanguineus) is found throughout Indiana.   It will feed on many different mammals, but dogs are the main host.  The brown dog tick can complete its entire life cycle indoors.  This can cause infestations in the home and kennels.  It rarely causes disease in humans, however, the brown dog tick has been recently found to carry Rickettsia rickettsii which causes Rocky Mountain spotted fever.  It is a vector of disease in dogs that cause canine erhlichiosis, babesiosis and hepatozoonosis.

The Lone Star Tick (Amblyomma americanum) is found throughout Indiana but is more common in the southern portion of the state.  It is commonly encountered in moist woodlands.  These ticks feed on small and large mammals, livestock, pets, ground dwelling birds and humans.  The lone star tick is a vector for Rocky Mountain spotted fever, ehrlichiosis, tularemia and Southern tick associated rash illness.

As always if you have a problem with, or even just a question about, mosquitoes or ticks (or any other yard pests) feel free to call Damien Carboneau—“The Mosquito Guy” anytime at 574-527-8852. He’ll be happy to speak with you!

At Indiana Mosquito Busters we want to help you live MOSQUITO and TICK FREE!

What you can read next 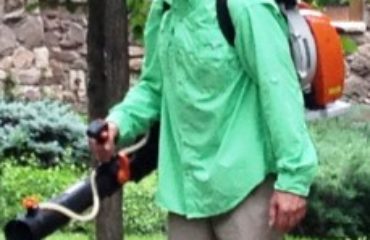 Leave us a Review!

Indiana Mosquito Busters
5.0
Based on 11 reviews

Tobe Forshtay
11:28 23 Aug 17
There were so many mosquitos at our home that we were not able to be outdoors after about 5:00pm. I called mosquito busters to ask for a quote, got on the schedule, and within 3 days they sprayed our entire property, putting an end to the mosquito invasion. Since that time we have not seen a single mosquito. ... Reasonable rates & great service. Call them today!

A Allen
00:59 27 Jun 16
Excellent customer service and stellar results! Damien, Luke, & Nick were a pleasure to work with, and their product works as advertised. I was unable to enjoy the late evening in the backyard with my family before I called Indiana Mosquito Busters...now I'm hooked for life. Thanks for the excellent treatment Nick O!

Tim Robertson
12:38 10 Jun 16
Went from getting eaten alive outside to a bug free backyard. Also safe for use around pets which is a big plus for us.

marty p
17:28 08 Jun 16
I tried Mosquito Squad last year and it worked ok for my party however when I had a problem with mosquitoes in less than 3 weeks they would not call me back and when I finally talked to the manager he blew me off. so I have been working with Mosquito busters for a couple of months now and he is so thorough, he checks the drains, and he double sprays for Party's to make sure there are no mosquitoes. He goes that extra mile that is so lacking with the bigger company's. Marty Pavilonis (retired motorcycle dealer)

Jen Huzvar
23:07 21 Mar 16
We had so many mosquitos that we couldn't enjoy sitting on our deck. Thanks to Indiana Mosquito Busters we are back outside enjoying the warm weather again.

Mike Stewart
15:22 02 Feb 16
I highly recommend Indiana Mosquito Busters for a bite free backyard, they are the best!
Next Reviews